My first car was truly a super–fun and very funny car. I bought it for $200.00 on July 17, 1987 from Anthony Matarese of the Knightsville section Cranston, Rhode Island. It was a hideous turquoise blue 1965 Mercury Comet with very cool stacked headlights and most importantly, an 8–Track player. The Comet was so ugly it was beautiful.

The Comet was ‘SOLD AS IS, IN NEED OF REPAIRS’. I can’t remember exactly what it needed for repairs, but it wasn’t much and I do remember driving away with it that day. It was a great little two–door car that leaked lots of oil, and came with a rather large hole under the chassis near the accelerator. The hole was easily covered over by a piece of loose sheet metal and believe it or not, the fact that there was a gaping hole under my feet while driving never became a big problem. I do remember spending many days patching holes in the exhaust system and hanging tail pipes with coat hangers.

The Comet had no balls whatsoever with its straight–6 motor, and I loved cruising around downtown Providence at mega–slow speeds in it. However on a clear and cold Thanksgiving Day in 1987, my dad and I took the Comet up to 85 MPH on Interstate Highway 195 between Newport and Providence. Collecting great 8–Track tapes was part of owning the Comet and I remember playing lots of varied 50s, 60s and 70s stuff…basically anything decent I could find and that included lots of Chuck Berry, Beatles and BTO.

The Comet met its demise in Manhattan on an ill–advised trip to the City in the summer of ’88. While driving down by the Brooklyn Bridge, I hit a sinkhole–sized pothole near the bridge, and that was pretty much the end of my first car right there. The Comet limped out of New York the next day, but I cooked the engine somewhere along the Connecticut Turnpike and was rope–towed by a buddy back to Providence. The following day a mechanic declared the Comet a complete loss and we rope–towed it again to a scrap yard in Valley Falls, RI where I stripped it of as much Comet logo chrome pieces as possible, all of which I still have. 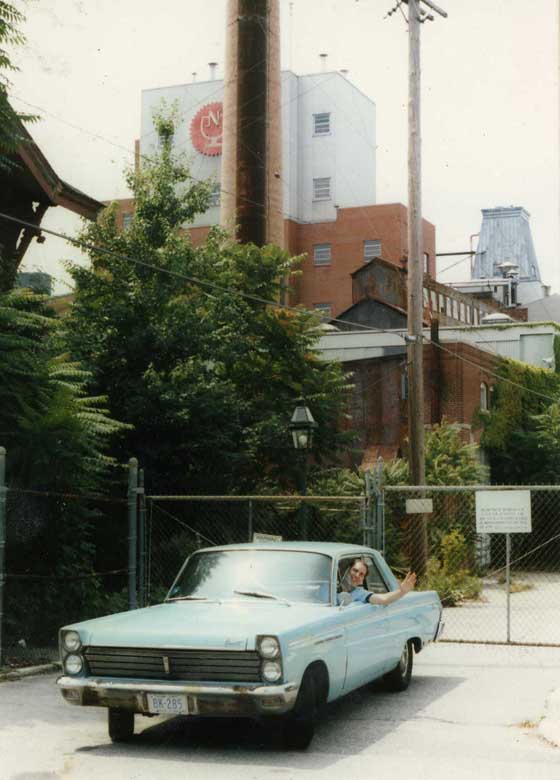